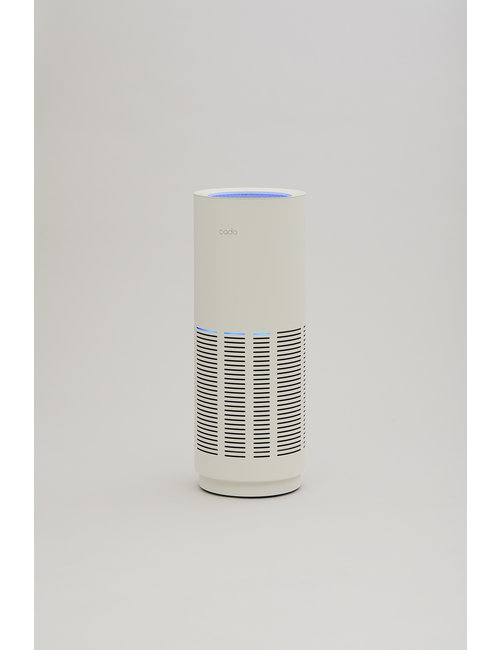 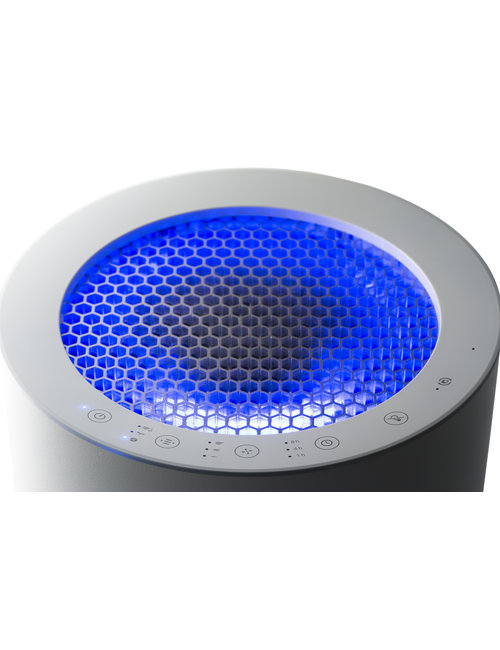 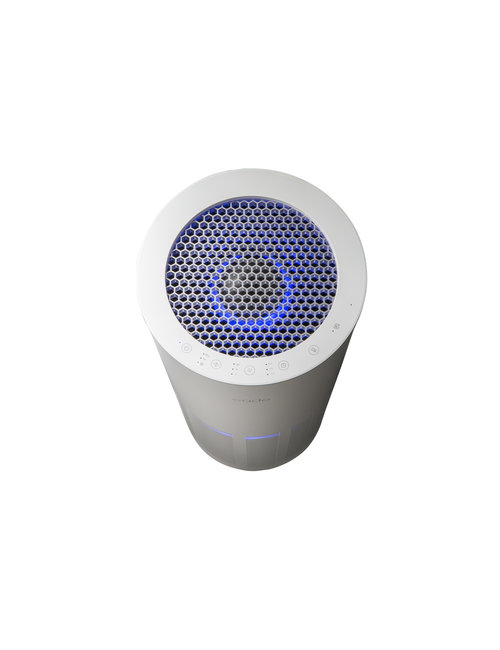 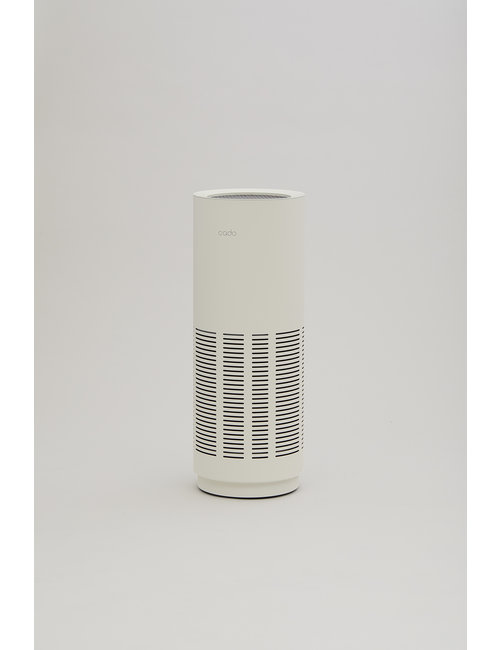 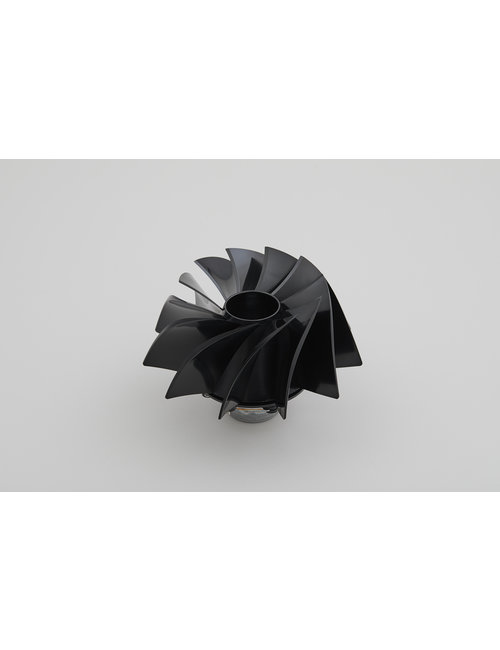 The slim but powerful design fits into any space.

A slim cylindrical design whose footprint takes up a diameter of only about 25 cm. 36 m² corresponds to a variety of spaces, such as living and dining rooms, studios, SOHO spaces, bedrooms, hotel guest rooms, etc. The AP-C200 accommodates small spaces and any kind of layout to meet the needs of any type of living environment.

A 360° vacuum and diagonal flow fan allow for placement anywhere in the room.

An air inlet is used on the front of the body, while air can be taken in from anywhere, 360 degrees around the unit. Drawn in air is fed straight up by a powerful diagonal flow fan used for the first time in a cado air purifier. The air fed straight up hits the ceiling and scatters in all directions to clean air in multiple rooms, which had been difficult to achieve with products that send air in only one direction, and also eliminates the restriction of having to be installed near a wall. The air drawn in from 360 degrees and scattered makes this a layout-free model, which can be used in rooms of any shape.

Filter performance that can keep up.

Filter performance is also an important factor in achieving high air purifying speeds. The filter is equipped with a self-cleaning function, and the high performance filter filters air in stages.

Self-cleaning function for a long-lasting filter.

The filter features activated carbon for absorbing odor and bacteria, as well as a self cleaning function which decomposes and eliminates them with LED light using the photocatalytic technology. This cycle of operation allows the filter to restore itself and achieve long service life.

A high-performance filter that catches even the smallest particles.

The unit draws in contaminated air from all angles and returns cleaned air to the room. A cylindrical filter is located at the bottom of the base unit, and a fan is installed at the upper section to facilitate ideal control of a series of air flow patterns. Although the installation footprint takes up only the space of about one A4 sheet, it provides strong air cleaning performance.

You liked this product(s)